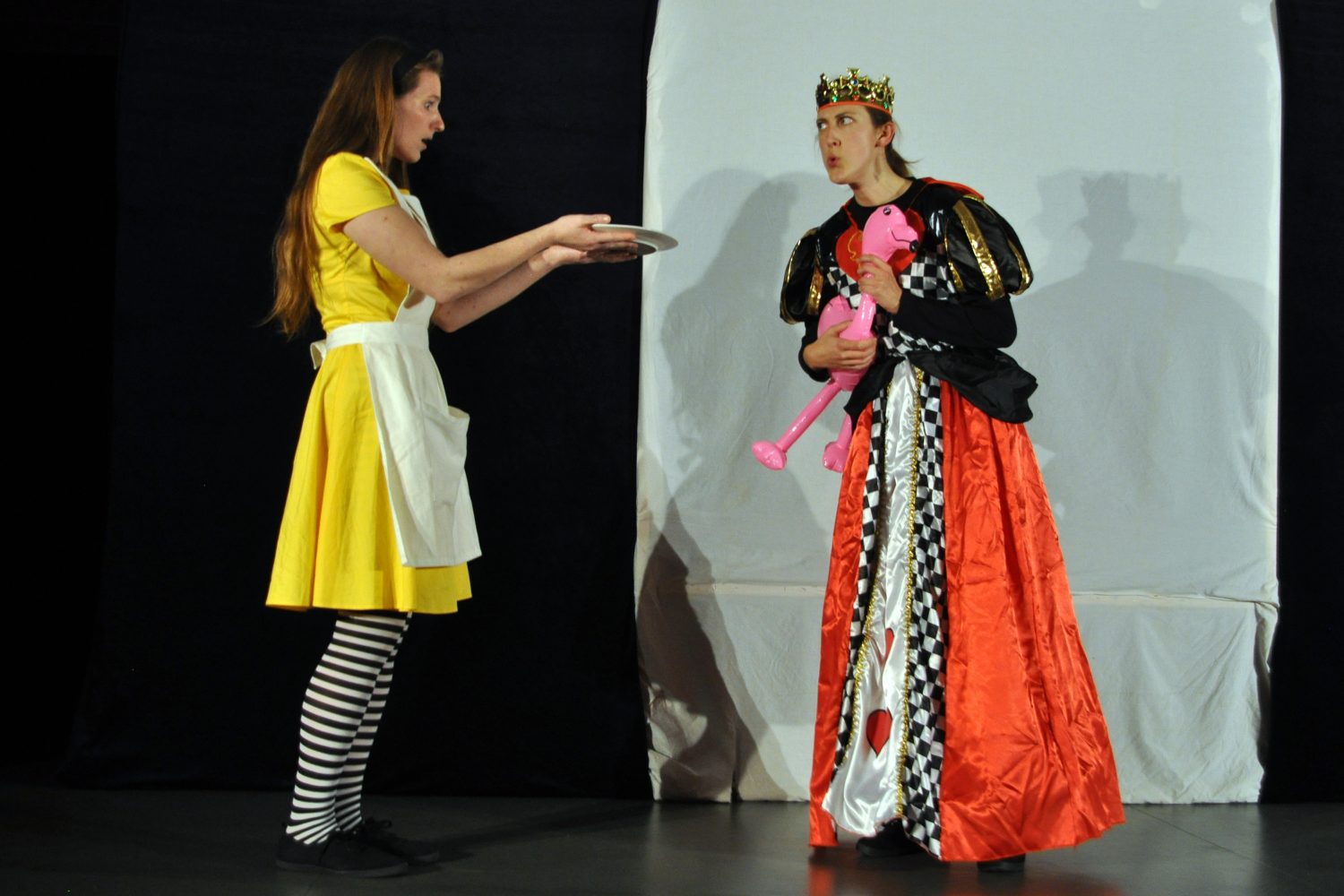 On Tuesday, we saw a play of the Dreampark Company entitled Alice In Wonderland with three actors: two girls and a boy. They played different characters during the play since in the story, Alice meets different creatures. The play lasted more than one hour and it was really interesting and quite amusing.

After the play, some pupils asked some questions to the actors and to the producer and director, for example one asked « Why did you choose to work with only three actors? ». They answered that it is because they have a very small van so they can’t really work with more actors. Then a second one asked: « Which is the most difficult role you have to play? », so one said it was the caterpillar because it was funny so it was difficult not to laugh. Alice said it was at the beginning of the play when she arrived in « Wonderland » because she had to be surprised every time. Finally the boy said it was the cat’s part as he had to be very proud of himself and confident.

I enjoyed the play because it was not too long and the actors acted very well. Moreover, it was really funny. Finally, I think it is my favorite play among the three we have seen since we are in Chanzy high school. Elise R.

First and foremost, I would say that Alice in Wonderland wasn’t my cup of tea. Yet, thanks to this performance, I have learned that this type of story could be quite interesting especially when played by talented actors. Doriane Y.

On Nov. 7th every student of the European class had the chance to see an amazing adaptation of Lewis Carroll‘s Alice in Wonderland. I appreciated it a lot as I am keen on any fantasy of this kind. Moreover, the actors were very professional and knew their craft. We could see that they liked what they were doing thus it really gave a more personal touch to the show, which is one of many things that made me love their version of the play so much. Sonia N.

I enjoyed the play since it was quite faithful to the book, except for a few details. The actors were talented insofar as two of them acted many roles, while one actress played Alice successfully. With a small stage and a few props, they managed to pass on the magic of Alice in Wonderland to the audience. Cloé B.

Last Tuesday, as usual, the European class had the opportunity to see a show from the Dreampark Company. The director told us they had drawn their inspiration more from the novel than from the screen adaptations of Alice. Nevertheless, this last performance unfortunately puts an end to our annual meetings with the company which have always been an enriching and expected moment in our European curriculum.

As far as I’m concerned, I really appreciated the show for several reasons. First of all, it was brilliantly acted so that we didn’t spot any mistake, all the more since the script was really difficult to memorize. Indeed, I was astonished at how the protagonist succeeded in learning everything by heart. Last but not least, it enabled us to do a triple comparison between the book, the film and the play. Léa G.

My favorite character in this play is definitely the Cheshire Cat as the actor made a convincing interpretation. All the theatre set and the costumes were surprising. To my mind, it was a beautiful performance and an appropriate interpretation of Alice In Wonderland, written by Lewis Carroll. Daphné C.

Today, I would like to give my impressions about the play we saw with the European class on Tuesday. I personally really enjoyed it. Indeed, I found that the actors played really well and that their interpretations of the diverse characters were really funny. I found the play understandable since first of all the theme of the play is well known and on top of that we had to work on the script during the holidays before the play so it all made it easier to understand the play. To sum up, it was a great performance and I had a good time being there. Iman R.

The actors succeeded in doing a good job out of all the parts; indeed, it must have been difficult for them as there were plenty of characters. Each character had to be clearly identified. Igor S.

I was pleased to realize the story was close to the book and not too different as in Tim Burton’s film. Then I found it well-written, well-built and well-played as far as it made me laugh even though it was in English. Eventually, the different cuts in the play when the lights were off and the actors backstage were really interesting as far as they were being repeated so it made the play not monotonous and it was representative of Alice’s dream and environment. Yousra A.